FREE LOCAL DELIVERY OR PICK UP 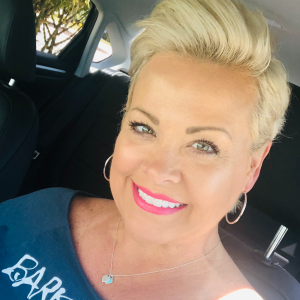 Our pets are members of the family. I know you want to feed them the healthiest diet possible. There are so many different foods available, and often conflicting theories on the best diets for pets, it’s enough to make you crazy, that’s why I’m here.

We spend so much time researching and reading labels, trying various food brands including raw. After all of this work, we finally find a diet that your loves and one we were confident that would contribute to a longer, healthier life, but then… Just when we think we have a handle on how best to feed our pets, new information is released prematurely that is so confusing.

In 2018 grain-free diets were called into question. A link was suspected between grain-free diets and a canine heart disease known as Dilated Cardiomyopathy (DCM). It was speculated that the high levels of legumes in these foods were causing a flare in cases of DCM. This has been a very controversial and confusing subject, with many vets recommending that pet parents avoid grain-free, legume-heavy diets at all costs, however, a new comprehensive study has shown that there is no evidence to support that grain-free legume-based foods are linked with heart disease…It seems like I said this over a year ago, but hey! The FDA finally agrees with me (hahahaha)

In June 2018, a veterinary nutritionist published an article online expressing concern that that veterinary cardiologists were seeing an increase in heart disease in dogs being fed grain-free diets.

The FDA then released a statement, in July 2018, that there could be a relationship between certain types of food and Dilated Cardiomyopathy (DCM). The FDA then went so far as to list the top 20 foods that had been fed to a majority of affected dogs… However, because the actual link was not determined, the FDA did not advise changing diets.

The following December, a group of cardiologists and nutritionists published an article in the Journal of the American Veterinary Association. They stated that a group of veterinary cardiologists had an impression of an increase in DCM cases.

This impression involved mainly dry dog foods which were grain-free, contained novel protein sources (“exotic” meat sources such as kangaroo, and peas/lentils, beans as protein sources), or were mostly sold by “boutique” (smaller) manufacturers; referred to as “BEG” diets by the authors of the article. “BEG” was an acronym for Boutique pet store, Exotic ingredient, Grain-free—or as we say at Bark Life, the HEALTHIEST diets!

Many people were concerned that the diet they had carefully chosen for their pet was no longer considered healthy. This was a horrifying proposition, which led to panic in the veterinary community, amongst pet parents, and within the food industry itself. Our phones rang off the hook when this came out, we understood and though skeptical of the study our priority is to help our BL family, so that’s what we did.

A panel of animal nutritionists reviewed over 150 studies involving diet and DCM and found no evidence of a link between grain-free, or BEG diets, and DCM. They also made a series of recommendations regarding further research within veterinary nutrition. We can now see that the original publication citing a link was truly not based on scientific evidence.

What Were the Problems with the AVMA and FDA Reports?

Firstly, the publication of the AVMA article was premature and lacked scientific verification for the claims made (yep, said that when it came out). A causal mechanism was not established, and the numbers of dogs affected, compared to the overall population of dogs, was very small. The percentage of dogs affected was actually less than the percentage of dogs which develop DCM genetically.

There was also sample bias. The FDA requested that only DCM cases associated with the suspected diets to be reported, not all DCM cases which would provide appropriate incidence. Additionally, not every pet owner could afford the expensive tests required to diagnose DCM, which means even more pets were left out, skewing the data.

Next, was the lack of complete medical records and incomplete testing parameter requirements, which would detail the presence of any concurrent disease states that may have contributed to the development of DCM, such as hypothyroidism, Lyme disease, or other cardiac diseases such as valvular disease or arrhythmias.

Also missing were detailed dietary histories such as diet changes, length of time eating the current diet, and lists of treats or supplements. Interactions of certain dietary ingredients are known to change nutrient absorption and can cause DCM.

As you can see, there was a lot of critical information missing from this publication.

Another cause for concern was that the data submitted to the FDA conflicted with the claim that BEG diets were to blame for the issue.

The claim that boutique diets were the main culprit of DCM was refuted by the fact that almost half (49%) of the brands listed were manufactured by one of the 6 largest pet food producers in the US.

The claim that the main protein source was “exotic” was proven unfounded as the top 7 proteins in most (76%) of the implicated diets were chicken, turkey, beef, pork, lamb, salmon, and whitefish; hardly exotic ingredients.

Lastly, there were conflicts of interest involved with the original report as three of the five authors of the AVMA article had connections to MARS’ Royal Canin, Hill’s, and Nestle’s Purina, the companies whose foods were deemed safe, even though some diets manufactured by these companies were included in the FDA list. In contrast, there are no conflicts of interest listed for the authors of the literature review published in June.

What to Feed Your Dog

Feeding a minimally processed, wholesome, balanced, and varied diet is critical. Variety and rotation of ingredients is recommended to help to avoid deficiencies and excesses and to provide diverse nutrients. Moral of the story rotate within your brand, we can help!

Our pets’ diets should not only contain muscle meat, but also organ meat. They should contain a variety of fruits and veggies. Some carbohydrate sources are ok too. Always use a vitamin-mineral supplement if cooking for your pet to ensure adequate calcium and phosphorus levels, as well as other nutrients, just as you would take a daily vitamin supplement to ensure you are meeting your body’s daily needs. We have every option available, the Bark Life staff can help

In conclusion, there is currently no evidence to suggest that a grain-free diet, with or without high legume content, is a cause of DCM in dogs. Remember, when it comes to caring for your pet, you are her or his best advocate.

*No medical advice can be provided for your specific pet; this is educational only. We are not veterinarians, but we are pet nutritionists